Famed AI pioneer Oren Etzioni once said, “AI is a tool. The choice about how it gets deployed is ours.”

Enterprises are choosing how to deploy AI, and its use cases are evolving. Network teams typically use AI as a safeguard to protect against potential security threats, a network management tool or a method to enable automation. As network environments grow more complex and distributed, they produce copious amounts of data beyond what humans can handle on their own.

Enterprises may consider implementing AI to manage complex systems, like 5G networks, or collect data analytics. AI can monitor network performance and alert managers of potential issues before they occur. Some forms of automated AI can also troubleshoot problems without requiring human intervention.

According to a 2021 Gartner report, adoption of AI for IT operations (AIOps) — which describes the process of IT teams using AI technologies, such as machine learning (ML), to automate tasks — is climbing among enterprises. Gartner estimated that the AIOps market was somewhere between $900 million and $1.5 billion in 2020, and Gartner expects it to increase at a compound annual growth rate of 15% by 2025.

One reason why AIOps adoption is increasing is because businesses are in the dawn of digital transformation. As operations become digitized, it grows difficult for humans to analyze, monitor and manage the newly accumulated data. In fact, the top digital transformation trends of the past year included deployment of ML operations.

Organizations are using AIOps strategies to “replace traditional monitoring tools” as they ultimately plan for a “post-COVID-19 pandemic environment dominated by practical outcomes,” the report stated. New business demands and pressures ignited by the pandemic have spurred organizations to deploy AI.

However, while interest in AI is increasing, not all organizations are implementing it quickly. Benefits aside, AI is still a new, advancing technology that has yet to reach its full potential, making business leaders reluctant to deploy it — and they’re not the only ones.

Network teams are also among those disinclined to implement AI. Read below to see what three networking analysts have to say about the status of AI in enterprise networks and how they think networks will use AI in the future.

Editor’s note: Responses have been edited for length and clarity.

What role does AI currently play in networks that have deployed it?

The goal with AI in both cases is to get between the raw data and the humans and weed out the normal flutter and the nonharmful, uninteresting anomalies [so teams can] focus their attention on important things, either performance or security. On the performance side, it’s: ‘Where do I have problems brewing that I need to deal with?’ And in the longer term: ‘How should I plan for capacity in the future?’ This is more of an issue in data centers than anywhere else, but it’s by no means restricted to data centers.

Juniper just made an announcement about adding AI capabilities to their SD-WAN [software-defined WAN]. There’ll be plenty more in that vein from everybody else, including network-as-a-service providers — especially SASE [Secure Access Service Edge] providers — about using AI to better direct traffic, optimize delivery and help troubleshoot when problems arise.

Are there any use cases for AI in 5G networks?

John Fruehe, independent analyst: 5G carrier networks are environments where a lot of variables are constantly changing. AI makes sense because you’ve got a ton of data input that you’re providing into how things are operating. AI has low value in stable networks where the network traffic looks the same every day and things don’t vary a lot. But, in a carrier network, things are constantly changing, and AI can be used to help in a lot of the provisioning. As we deploy more 5G and we can get more granular, a lot of those connections and switching happen, and that’s where AI makes sense.

Is AI likely to change the roles of network teams in any way?

Fruehe: Part of what’s happened is the pandemic has absolutely decimated all the traditional roles of [networking]. All the great plans that [network teams] had for 2019, 2020 and 2021 — [such as] network migrations and rollouts — have been thrown a huge monkey wrench. I think teams have now probably spent the last two years in scramble mode trying to figure out how to get past all these problems and get back to a stable position.

I don’t believe we’re at a point right now where things are stable enough that people can start thinking about doing higher-level things. There’s a lot of blocking and tackling that still has to happen. Networks have become more remote than they were in the past. The biggest changes that have happened in networking are around the end-user location, so that’s pushed a lot of software-defined WAN and VPN.

How do you see AI influencing networking in the future?

Bob Laliberte, principal analyst, Enterprise Strategy Group (ESG), a division of TechTarget: Because the environment is only getting more complex, there’s more data going over the network. That adds up to more complexity that is beyond human comprehension to manage effectively. That’s where the AI and machine learning technologies will play a role.

It is important to note, though, that AI/ML is not meant to replace humans. There are certainly going to be times where AI/ML is going to alert and recommend but can’t make a change. If you have something physically that goes wrong in a switch or a cable, there’s no amount of AI/ML or automation that’s going to fix that. A human has to replace a cable or swap out a switch or a power supply.

The progression of leveraging the technology is alert, alert and recommend, and automate. [ESG research showed] that 20% of enterprises are at full automation. About 60% are in that alert-and-recommend stage, which helps them leverage that intelligence to do their jobs effectively. The last 20% are organizations who said they want AI to just alert them to a problem so they can fix everything themselves. Over time, as environments get more distributed and more complex, it’s going to be more difficult to do that and be able to fix things in a timely fashion. That’s where the AI engines will come into play. 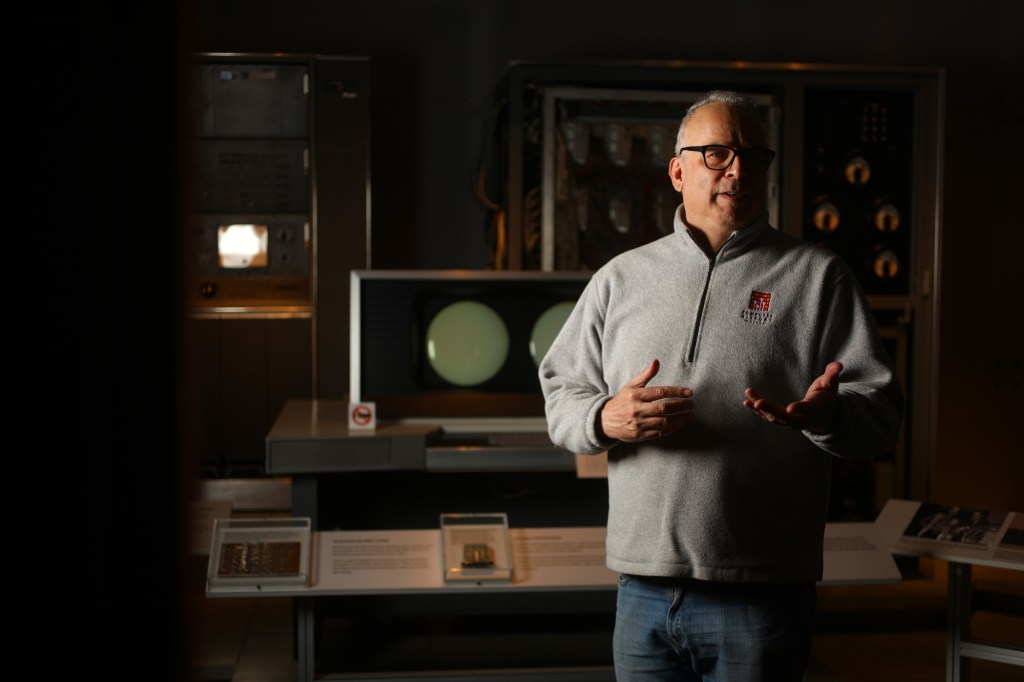