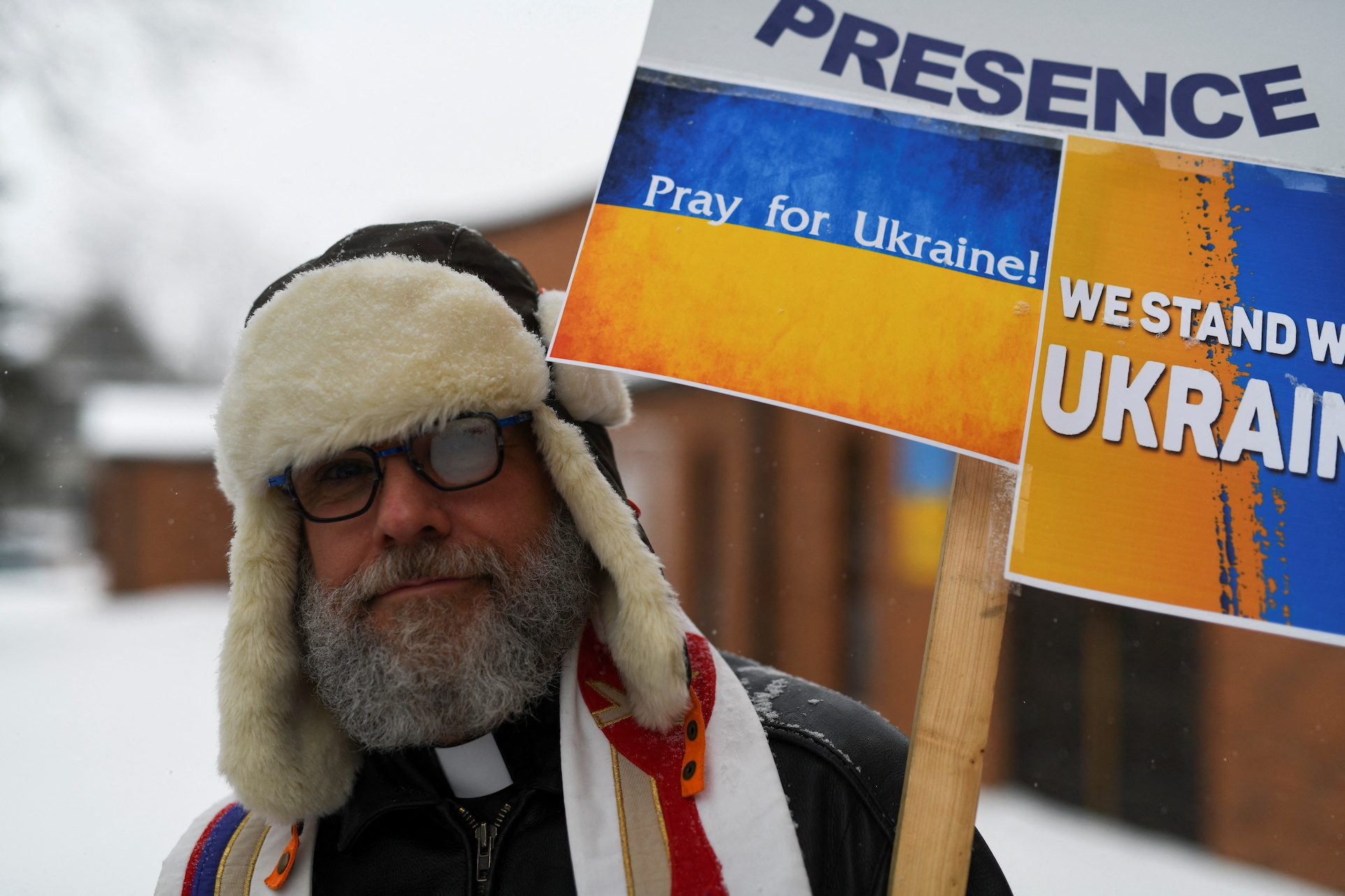 Around 1 million people in America are of Ukrainian descent with communities dotted around the country, including in Los Angeles, where hundreds have demonstrated against Moscow’s attack

LOS ANGELES, USA – Ukrainians in the United States are making donations, sending money to relatives and mulling how they could get family out of a war zone, as they call on President Joe Biden and the wider world to do more to thwart Russia’s invasion.

Around 1 million people in America are of Ukrainian descent with communities dotted around the country, including in Los Angeles, where hundreds have demonstrated against Moscow’s attack.

The Los Angeles diaspora boasts churches, both Catholic and Orthodox, a culture center, delicatessen and other businesses run and used by people both born and raised in Ukraine, alongside their descendents.

Holding a Ukrainian flag and wearing a sweatband and clothes in the blue and yellow of her native land, Oryssia Prokopovych, 57, who has been in the United States for decades, said she was doing whatever she can to help.

“I’m sending money to support the medical groups in Ukraine so they can buy necessary things for people that will be wounded because there are already casualties,” she said during a protest.

Her relatives in the west of the country did not want to leave, a message received by other diaspora Ukrainians Reuters spoke with, but she said that it could yet be necessary.

“They are close to the Polish border,” she said, referring to the city of Lviv, where the United States and others moved their embassy staff as fears grew about their safety in Kyiv.

“In the worst case, they possibly can go to Poland and then we will think about moving them to the States,” she said.

The logistics of leaving a country when roads are choked with traffic trying to flee, airports are closed, and the financial system has been hit by cyberattacks are ridden with obstacles.

“A lot of my friends and family stay over there right now because it is hard to leave,” said Olga Zimakova, 31, an aesthetician, who was born in Ukraine and now lives in America. “Right now, it’s hard to get money out of the bank.”

Others are resigned to their inability to fly out and are eying what they can do from the other side of the world to help.

“Maybe in the near future … we will send some things and we will help our families,” said a 37-year-old who gave his name as Andrew, his young child strapped to him in a baby carrier.

With family in Ukraine and Russia, Thursday’s invasion brings back memories of past expulsions, which have hit peoples in the former Soviet Union for many decades in the past.

“The Soviet regime in the 1940s, 1950s, sent out my family from Crimea,” said Andrew. “They are native Crimeans. My grandmother, she married a Russian guy … so my mother is half Crimean and half Russian.”

Crimea, which was part of the Soviet empire until the early 1990s, was controlled by the Ukrainian government until 2014, when it was annexed by Russia.

‘Sanctions are a joke’

After President Vladimir Putin recognized two breakaway regions of eastern Ukraine as independent earlier this week, Western nations applied more sanctions but wanted to stop an invasion by holding back the strictest measures as a deterrent.

“I think they need to go all-out. Everything they can right now,” said Lily Berg, 41, a software engineer, who said she was attending a protest for the first time in her life.

“If they just tighten little by little it’s not going to do enough.”

The Biden administration has announced new sanctions and sweeping export restrictions, hammering Russia’s access to global exports of goods from commercial electronics and computers to semiconductors and aircraft parts. 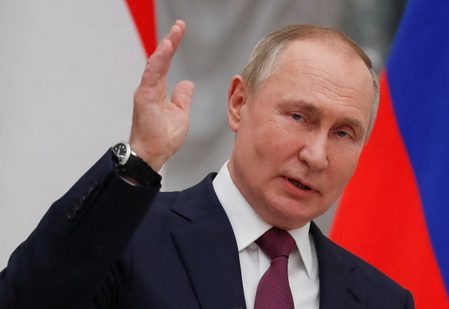 But for some Ukrainians in Los Angeles, the biggest attack on a European state since World War Two prompted them to draw parallels with Adolf Hitler’s invasions across the continent and said the world’s response to Russia’s leader must be stronger.

“Sanctions is a joke for Putin,” said Ivan Galt, 26, who runs an appliance repair businesses and has been in the United States for six years. “He already announced war to the world. How can you stop Hitler only by blocking his banks?”

“We need big military support. We need guns to defend our country.” – Rappler.com

Ukrainians in US donate, campaign, and plan how family could get out

customerservicesoftware The highest customer support application checklist is curated by way of GoodFirms with in-depth analysis and detailed overview. Neatly-structured...

The MarketWatch Information Division used to be no longer concerned within the introduction of this content material. Plume Identified via...

The IT group is not any stranger to the likes of trade buzzwords and acronyms. From Web3 to IoT, preserving...