It goes on sale tomorrow and I’ve been testing one of the M1 Max models out for the past week.

Its immense power has blown my mind.

As its moniker suggests, Mac Studio is aimed at creatives such as photographers, videographers, app developers, architects, designers, music producers and DJs.

It pairs perfectly with the firm’s new Studio Display.

That features a gorgeous 27in 5K Retina screen, a 12MP ultrawide front camera with Centre Stage, and a decent speaker and microphone set-up.

I had recently reviewed Apple’s M1 Pro powered 16in MacBook Pro and dubbed it the fastest and most powerful portable computer I had ever tested.

And it’s armed with 64GB of RAM which delivered up to 400GB/s of memory bandwidth – twice as fast as the MacBook Pro I reviewed and six times faster the original M1 chip.

The custom-designed Apple chip M1 Max has a 16-core neural engine that can run up to 11 trillion operations per second, which is a tremendous boost for machine learning tasks.

While transcoding video is up to 7.5x times faster than a 27in iMac with a 10-core Intel CPU.

Less intensive tasks such as photo editing (even with huge files) – or importing and organising a 128GB card full of large RAW images – are an absolute breeze.

Most photographers would probably not need this much computing power, but if you’re processing large RAW files or editing composites in Photoshop, the additional RAM that Mac Studio has compared to the M1 Mac Mini would be hugely beneficial.

If you’re someone who shoots both high-volume and high-resolution stills and uses 4K and/or 8K video for your work, then Mac Studio is your dream machine.

And it’s such a joy to work on photos and videos on the Studio Display’s beautiful 27in screen. (See below.)

If you are someone who is a music producer or DJ, Mac Studio also makes a lot of sense. It can handle anything your DAW (digital audio workstation) can throw at it.

And the ample connectivity includes a pro audio jack for high-impedance headphones or external amplified speakers.

Mac Studio is also a very power efficient machine that in my few days testing has never got noticeably hot.

It runs silently most of the time too.

This new category in the Mac line-up is a compact silver aluminium box that measures just 197mm (7.7in) each side, and a mere 95mm (3.7in) tall.

It looks a little like how two Mac Mini devices would look if placed on top of each other.

Mac Studio can be positioned discretely on a desktop and its compact design will suit anyone who is tight for space.

It has a 27in 5K Retina screen with support for the P3 wide colour gamut that’s used by many professional photo and video editors. Peak brightness is rated at 600 nits.

It comes with a decent built-in webcam and six-speaker set, making it ideal for visual artists and people who spend a lot of time on video calls.

The webcam is the same 12MP ultrawide from the iPad range and it is has the same Centre Stage tech.

That’s made possible by the onboard A13 Bionic chip that helps out with image processing and Siri interactions, for example.

My review unit included a demo of a song writing session recorded in GarageBand using just the three microphone array that is built in to Studio Display.

It sounded impressive. The recommendation for recording is that you sit one to two feet in front of the display.

I tested the microphones out myself and for the purpose of recording quick off-the-cuff demos – or capturing a quick voice over for a radio show or podcast – they do a reasonable job. Even if my results lacked the polish of Apple’s demo.

For out of the box usability, these score well.

But the microphones can’t compete with the quality you will get from even a basic compact desktop audio interface such as Focusrite’s Scarlett 212 Studio (3rd gen).

Studio Display’s six built-in speakers are excellent in comparison to any other computer or display speakers that I have tested.

They offer an immersive and enjoyable experience when using the display to listen to music or watch videos and movies. The film Finch looks and sounds stunning – the Spatial Audio works brilliantly.

There is also sufficient depth, presence, clarity and volume for basic writing and arranging on Logic Pro.

You’ll still need a decent set of reference headphones or studio monitors for mastering and mixing.

It’s worth noting that Studio Display works with many other Apple computers (from 2016 on) and not just Mac Studio.

And it works with both the new fifth-gen iPad Air and the 2021 iPad Pro.

I hooked it up to a 16in 2019 Intel MacBook Pro and enjoyed all of the benefits during my daytime job running Adobe InDesign and Photoshop.

It also worked with a Windows laptop but you lose out on both Centre Stage and Spatial Audio.

My review unit was the standard glass version, but you can upgrade it with nano-texture glass (to minimise sunlight glare).

My stand had both tilt and height adjustment which costs an extra €460 compared to the tilt-only model.

It comes with a one metre Thunderbolt cable and power cable.

On the downside, it’s only got a 60Hz refresh rate. But as the monitor isn’t aimed at gamers, this probably isn’t that big a deal for many.

Universal Control is included in macOS Monterey 12.3 and iPadOS 15.4.

This incredible tech enables you to control multiple iPads and Macs using a single mouse, keyboard and trackpad.

It is one of the best software features Apple has ever introduced and fundamentally underpins the deep integration between the company’s hardware and software.

No set-up is required as, once you are running the above free OS upgrades, the feature is enabled by default. The only requirement is that your devices are signed into the same iCloud account.

You just place your devices next to each other, then move your pointer to the edge of one screen and it bursts through to the next one, enabling you to copy files between the machines or type on one Mac with a different Mac’s keyboard.

For example you can drag a photo that you have edited on your Mac into the Notes app on your iPad. It’s smooth, it’s fluid, it’s mindblowing. And it’s a huge time saver when it comes to productivity.

You also get live text recognition in photos, faster note taking and improved privacy options for the Apple Mail app.

Features from iOS15 such as Focus Modes (a much improved ‘do not disturb’ function) are also on board.

One of the new upgrades means when used with Mac Studio you can enjoy spatial audio monitoring with dynamic head tracking on AirPods Max, AirPods Pro, AirPods (3rd Generation) and Beats Fit Pro. (This works on any other computer running macOS Monterey version 12.3 too.)

To coincide with the launch of Mac Studio and Studio Display, Apple has launched new black-and-silver versions of Magic Keyboard with Touch ID and Numeric Keypad, Magic Trackpad and Magic Mouse.

These wireless accessories all work as efficiently and fluidly as you might expect and their colour combo perfectly complements Mac Studio.

In short, this is the best computer you can buy, at least until the new Mac Pro comes along.

It’s a worthwhile investment that could last you for five years or more.

You can spec it up even further with the M1 Ultra chip if you wish. That’s essentially two inter-connected M1 Max chips that perform as one big chip. 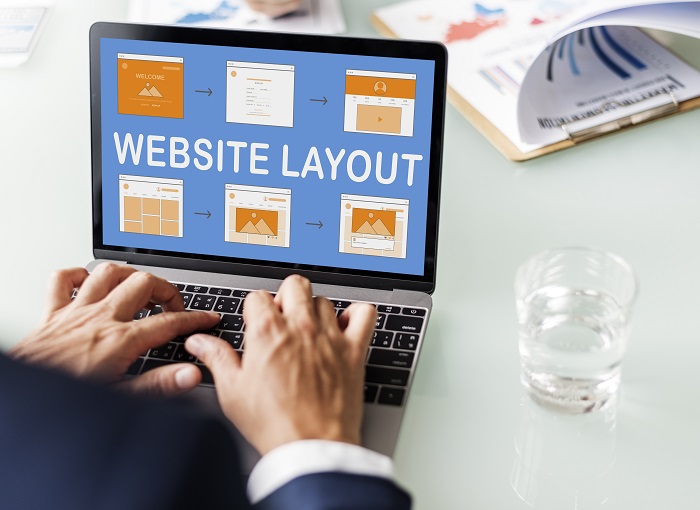 Next post OnePlus could soon introduce a Nord branded smartwatch