It’s rare that I get to experience something original in the consumer technology racket, but HP’s Chrombase all-in-one desktop PC has given me exactly that. It’s not just that the desktop computer runs ChromeOS, or that the display rotates vertically, or that it has a built-in Bang & Olufsen tuned speaker as a base stand. What’s unique is how those elements combine to produce an entirely new usage experience.

This Chromebase burrowed into my home, found a niche for itself and left a noticeable absence on my kitchen worktop when it went back to HP. That’s right—I used this 21.5-inch desktop computer in my kitchen, but before I get into that, it’s important to know what this device is.

The good kind of spin

This is an all-in-one desktop PC, which means there is no separate tower housing all of the components—the screen and bits that make it work are built into a single piece of kit. There’s also only one cable and two Bluetooth accessories (a mouse and keyboard), which makes the entire thing very portable. It’s not particularly light at 6.98 kg, but it’s lighter and less cumbersome than a full-sized PC.

That portability is followed through by the transforming display, which can be rotated into a vertical or horizontal position. This isn’t a gimmick. Initially I wasn’t sure why I’d want a vertical display. I don’t need to feel the achievement inadequacy Instagram gives me in 21.5 vertical inches. Vertical YouTube videos were bullied out of existence thanks to a dedicated army of “fire the cameraman” commenters,  and Quibi is living happily in the big streaming platform farm in the sky.

But there is some unique usage here, namely as a recipe and kitchen aide. Having a dedicated big touchscreen for reading recipes mid-cook was revolutionary for me. The screen is big enough to see from a distance, it doesn’t have to be repeatedly unlocked to view the recipe (as I do with my phone) and having multiple tabs open for different elements of cooking a meal are really useful. The touchscreen is tough enough to handle a bit of marinara, too.

Spotify looks great vertically, as do the long lists of items when internet shopping. If you wanted to spend some time tweaking it, the Chromebase could be used as an all-purpose living room/kitchen central control unit. For example, if you don’t have a smart screen for viewing your security cameras, you might be able to rig the Chromebase for that purpose. Personally I found myself watching a lot of instructional videos when I was stuck on a DIY project. Elsewhere, when I needed the dexterity of a keyboard and mouse for firing off emails—or any other task I didn’t want to do on a touchscreen—the Chromebase was ready to go without a lengthy startup process.

The rotation is really well executed, too. I was concerned that the hinge would be too loose but it has a satisfying stiffness that makes the movement feel purposeful. It doesn’t click into place when it reaches its destination, but it doesn’t move either. It isn’t easily rocked despite my efforts to simulate a level of earthquake that has never once happened in the UK. On my first view I thought the display wasn’t flat, but a spirit level told me otherwise. To this day it doesn’t look level to my eye, but I guess I’ll just have to chalk that up to the first signs of a serious brain problem.

In landscape mode, the Chromebase transforms back into a more familiar computer. Placed in my kitchen, it brought back some old memories of the “family PC.” Before smartphones and ubiquitous personal computing devices, we had one PC in the house that everyone used and ultimately corrupted beyond repair with questionable file-sharing downloads. This Chromebase felt like a huge throwback to that because of its location, usage and the OS.

There are also some really nice additions here that add to the design. For example, there’s a physical slider that blocks the camera and microphone when toggled if you want that extra level of privacy. Users can also choose between just blocking the camera, or the camera and microphone. It’s a nice touch. Elsewhere, the power cable is threaded through a specific clip that keeps it from wildly flailing behind the device, so it looks flush when viewed head on.

What is missing, though, is a 4K display. With so much emphasis on the design and the Chromebase’s rotational prowess, it feels slightly unsatisfying to not have a UHD resolution. HP clearly wanted to occupy the premium category with the all-white finish and Bang & Olufsen tuned speakers, which have a label as subtle as those ugly Armani Exchange t-shirts. So it seems a bit odd that a higher resolution screen isn’t at least another purchase option.

The 21.5-inch screen itself still looks good in FHD, though, particularly in the color department. The picture looks vibrant without being over the top. It’s also very bright, even in broad daylight. The touchscreen responsiveness is decent, although not as good as a modern smartphone. I noticed that it didn’t always read my inputs when scrolling in portrait mode while hunting for tracks on Spotify. I ended up using the included mouse and keyboard instead most of the time, which do the job but are decidedly less premium than the main device.

If you want to plug in your own accessories you have some ports to play with, including 2 USB Type-C, 2 USB Type-A and a headphone/microphone port. Alongside a single charging cable, that’s pretty much it. This is a low-profile, low impact device. It’s very portable, which is why it switched rooms a few times before settling in my kitchen.

An additional accessory you may want to consider a pair of wireless headphones because the B&O tuned dual speakers lack power. They’re clearly tuned for higher frequencies and sound good if you’re listening to less bass heavy pop tracks, but anything with a low frequency rumble isn’t well represented here. For calls and YouTube videos they are decent, but considering the size of the speaker and the name powering them, I expected more. They do get very loud, however, and the volume can be adjusted with a rocker on the side. They’re the best speakers I’ve tried on any ChromeOS device, but that isn’t saying much considering others are largely laptop speakers.

Not a powerhouse, but it doesn’t need to be

Long-time readers will know I am an advocate of ChromeOS as a no-nonsense operating system, not least because of its in-built safety and speed. It’s also incredibly simple to use. Both myself and my partner have a profile on the Chromebase, but guests can quickly login to use it via the guest profile. This of course isn’t unique to ChromeOS, but logging in and getting to the content you’re after in seconds certainly is.

This isn’t a powerhouse desktop computer, the specs are far below most other devices, which includes 8GB of RAM and an Intel Core i3 processor. But that isn’t what ChromeOS devices are about. The Android apps available via the PlayStore don’t need high specs and almost everything else runs through the web browser. I watched Netflix, 4K YouTube videos and had several tabs open at once without any issues. The only performance problem I noticed was the touchscreen responsiveness issues I mentioned earlier, which might be related to the underlying specs or the display panel.

The shape of the device does mean you’ll encounter some unusual quirks when it comes to apps, though. Some apps think it’s a tablet and don’t really size properly because of that. I ended up using the Spotify web app regularly because of sizing issues. This is a long-standing problem with ChromeOS and Android apps. It’s not specific to the HP Chromebase but it remains true that ChromeOS can be a bit janky at times.

For video calls, the 5MP camera performs better than most Chromebook webcams I’ve used. The image is a bit dark, but the quality is good for a video call and the privacy slider shows that HP really thought about the design.

Is HP’s Chromebase AIO worth your money?

This is the most interesting device that I used in 2021. I’m probably going to buy one for myself simply because it genuinely does something no other device in my house does in its role as a kitchen appliance, an all-purpose screen for every activity that doesn’t require working on a cramped phone screen.

HP has just slashed the price from $629.99 to $499.99. Considering its versatility and the fact it can be used as a desktop computer for kids or less tech savvy people–and the fact it will last a long time thanks to ChromeOS—I’m minded to say that is a good price. If there’s any hint of a reason you need HP’s Chromebase AIO, buy it. It is excellent. 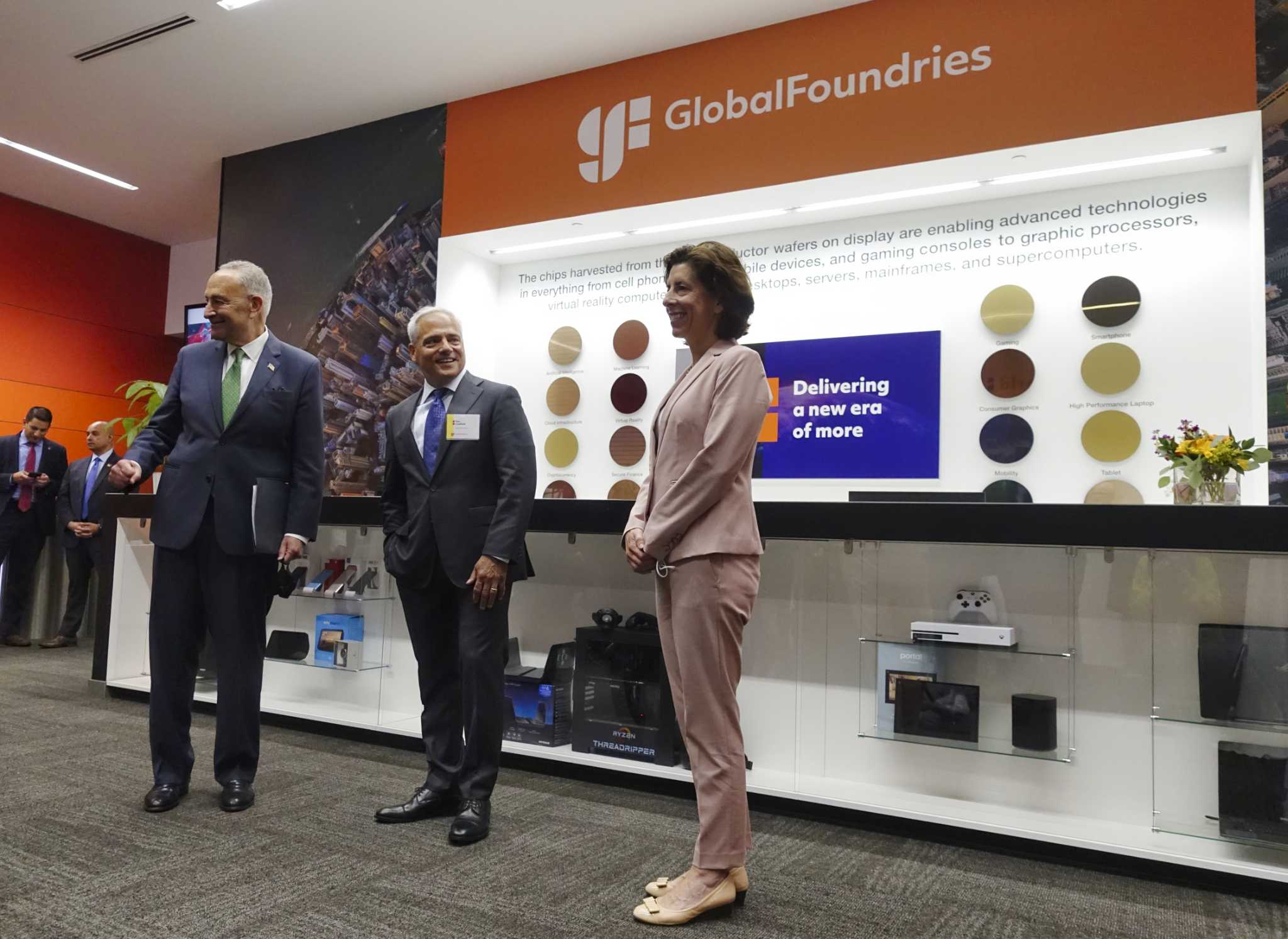