Tenants of the public housing complex had also repeatedly reported malfunctioning doors, broken ventilation systems, and a lack of heat.

The Bronx apartment building where a fire killed 17 people Sunday had a history of serious violations related to heat, ventilation, and other safety issues, some of which were still unresolved when officials say a malfunctioning space heater sparked one of the deadliest blazes in the city’s history.

The Twin Parks North West apartment building, built in 1972 in the Bronx’s Fordham Heights neighborhood, was home to dozens of families with low incomes, many of them immigrants. The 120-unit brick building had no fire escapes and outdated stairways, making it difficult for residents to flee the thick smoke that quickly enveloped their halls and homes largely in part to a door that did not close when it should have. The victims suffered from severe smoke inhalation, Daniel A. Nigro, the city’s fire commissioner, said, acknowledging that the death toll, which includes eight children, will likely rise as “there are many people fighting for their lives in the hospital.”

This is the second time in just a week that residents in public housing died after a fire tore through their homes. Last Wednesday, flames swept through a crowded federally subsidized rowhouse in Philadelphia, killing 12 people, eight of them children.

In the years and months before the Bronx blaze, tenants of the public housing complex had repeatedly reported that their apartments had no heat, faulty radiators, and broken ventilation systems, data shows.

Bronx Park Phase III Preservation LLC, which owns the building and other affordable housing complexes, said it was fully cooperating with the investigation and helping assist residents.

“We are devastated by the unimaginable loss of life caused by this profound tragedy,” the company said in a statement. “Our thoughts are with the families and friends of those who lost their lives or were injured, and we are here to support them as we recover from this horrific fire.”

Violations filed with the New York City Department of Housing Preservation and Development (HPD) show that some automatic self-closing doors, which are required in all buildings with three or more apartments and help slow a fire’s spread, did not work in 2017 and 2019.

The fire commissioner said Monday that when a family fled the fire on the second and third floor, their front door did not shut, which would have thwarted the spread of smoke. Another door on the 15th floor also malfunctioned and stayed open. Records show that the residents of the unit where the fire started had filed a ticket for a malfunctioning self-closing door in the past.

An HPD spokesperson told BuzzFeed News that the department fixed those complaints in 2020, adding that issues pertaining to self-closing doors “were reinspected and all were observed corrected by HPD Inspectors by August 2020.” Last fiscal year, the department said it had issued more than 22,000 self-closing door violations and ultimately resolved 18,000.

“Yesterday’s fire was a devastating tragedy, and our hearts go out to all the families affected by the worst kind of loss,” HPD said. “We urge residents to report malfunctioning doors to property owners or call 311 if issues are not corrected and HPD will respond.”

Though property owners say the building was up to code, residents have said their doors did not close automatically.

In October, someone on the 12th floor reported “broken or defective fire retardant material” in public parts of the building. That is a C-class violation, which means it’s “immediately hazardous.” Then on April 11, that same resident filed a request to repair “the broken or defective mechanical ventilation system” in the apartment. That ticket was still open at the time of the fire. Ten days earlier, another tenant filed a B-class violation, meaning “hazardous,” for an additional report of “broken or defective fire retardant material” on the first floor. That request is also still open, according to records. Other complaints from December and November flagged exposed electrical wiring in the lobby, broken radiators, and defective doors.

In 2021, residents of the Twin Parks North West filed more than 30 complaints that detailed dangerous and poor living conditions. In addition to the filings about ventilation and fire retardant material, other “immediately hazardous” requests from tenants that remain open describe lead paint in their bathrooms and hallways, roach infestations in kitchen walls, and mice crawling throughout their entire apartments.

One unit, 6K, made 10 different complaints last month alone, including “no heat,” roaches in the entire apartment, a front door that does not self-close, a broken radiator in the living room, a damaged pipe in the bathroom, and no heat. Most of these filings were marked as resolved before the blaze, according to records.

Residents also had problems with their heat. Several reports dating back to December 2020, all of which have been marked as closed, describe apartments that had no heat. Officials say a space heater that had been running for a few days malfunctioned and sparked the fire, which New York housing advocates say signals that the heat was inadequate for the frigid temperatures that hit the borough last week.

“The stories we have heard about inadequate heating in places like this are a broken record, and landlords are not held accountable,” Edward Garcia, the director of community development for the Northwest Bronx Community and Clergy Coalition, a racial and economic justice organization, told BuzzFeed News. “People do what they need to do to stay safe. Being in a really cold apartment triggers health issues like asthma, and the Bronx has some of the worst health outcomes in the state.”

On Monday, New York City Mayor Eric Adams reiterated that the building had “no outstanding violations” for complaints related to lack of heat. But in an interview with Good Morning America, he also acknowledged that there “may have been a maintenance issue” with the apartment door where the fire started.

The Twin Parks North West is part of a public housing portfolio recently acquired and managed by a group of wealthy, high-profile investors, emblematic of a housing market trend where real estate conglomerates have been buying lower-income housing buildings. As JustFix.nyc notes, Reliant Realty Services, a property management company is listed as the managing agent of the Bronx complex, is connected to 123 other New York City buildings, most of which are in lower-income neighborhoods.

At the end of 2019, a group of real estate companies purchased the Twin Parks North West, along with other affordable housing units in the Bronx, as part of a $170 million deal, the Real Deal reported at the time. The LIHC Investment Group is officially known in city records as Bronx Park Phase III Preservation, and includes several high-profile investors, such as Camber Property Group. Camber has been scooping up affordable housing complexes and runs a spate of units across New York City, mostly in the Bronx. Its cofounder, Rick Gropper, is listed as the landlord for the Twin Parks complex and also happens to be named as a member of the mayor’s transition team for housing issues.

In press releases and articles announcing the purchase of the eight Bronx buildings, the coalition of new property owners said they planned “to make operational improvements” and preserve the 1,275 units as affordable housing. According to state filings, the building has not had any applications for renovations since 2015 for plumbing.

The buildings, however, do have a better average of closed complaints compared to the rest of the city (an average of 0.3 open HPD violations per unit vs the city’s average of 0.8 per unit). The most common issue for residents is heat and hot water, the database notes. 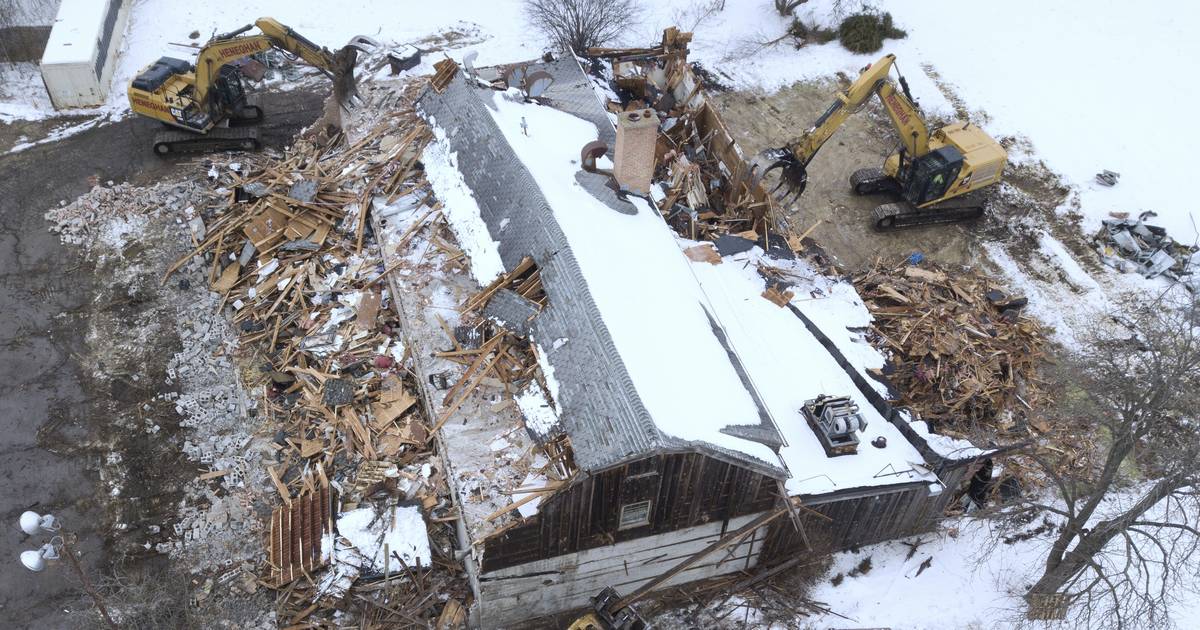 Previous post Forge Club, a link to another era in Vernon Hils, is razed to make way for new development 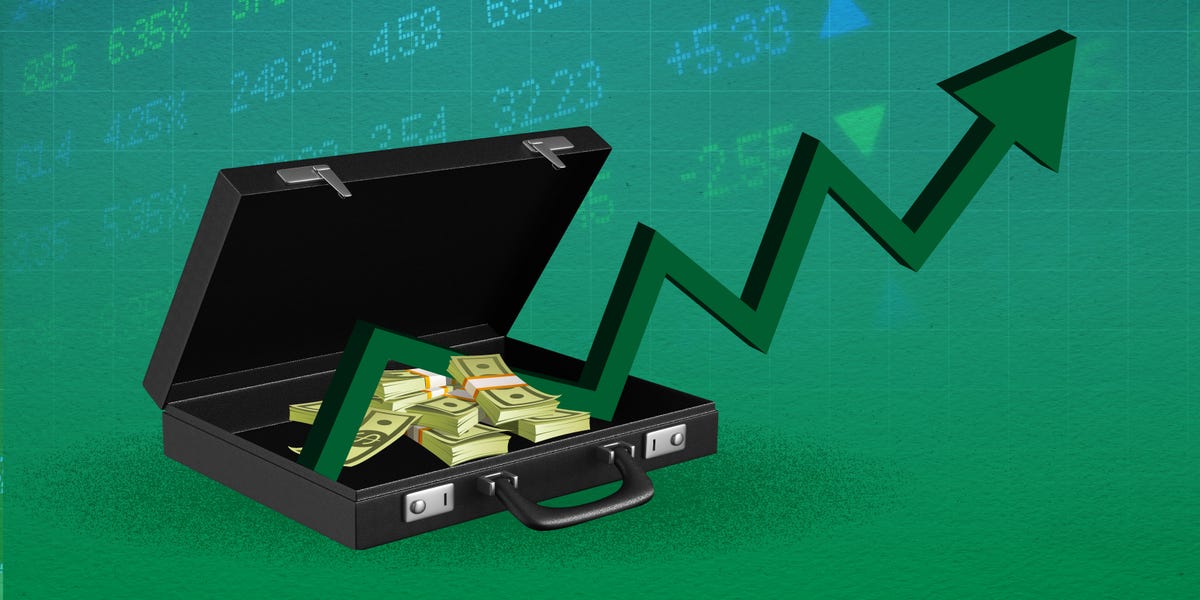