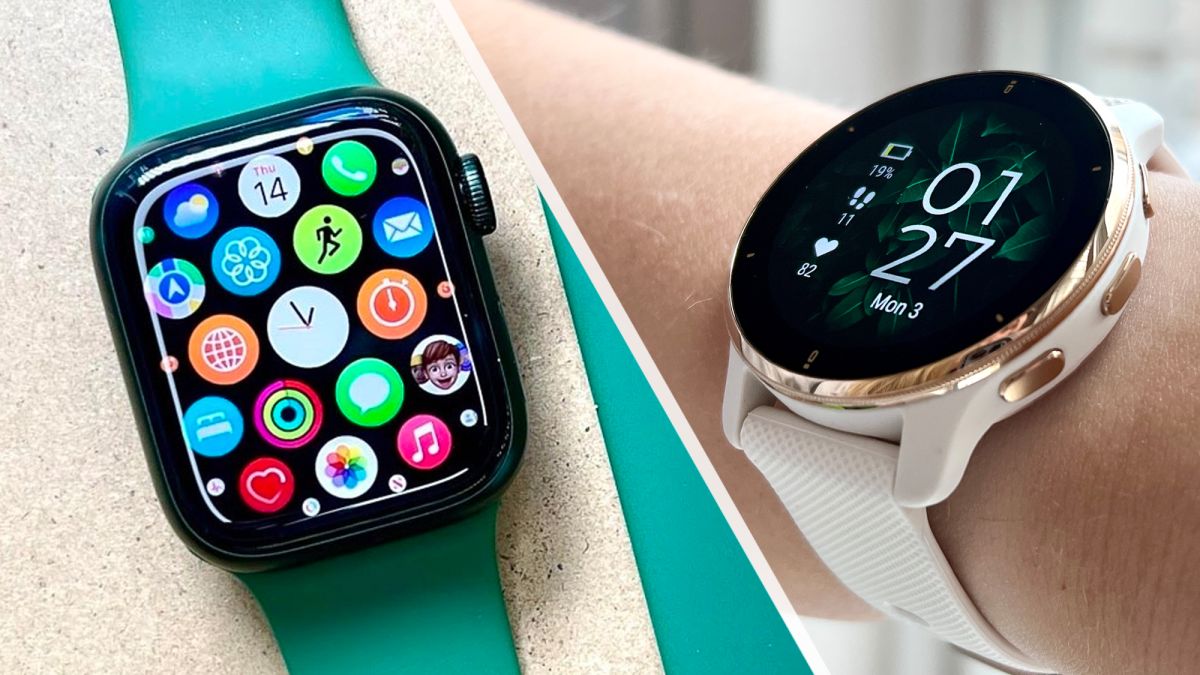 Are you in the market for a new smartwatch, but don’t know whether an Apple Watch vs. Garmin watch is right for you? While Apple’s smartwatch is the best smartwatch overall, there could be a Garmin device that better suits your needs.

In fact many of the best Garmin watches are designed with sport enthusiasts in mind, such as runners, golfers and surfers. There are more than a dozen styles of Garmin watches to choose from, ranging greatly in terms of features, design and price.

The current Apple Watch selection is limited by comparison, but ideal for those in search of a well-rounded smartwatch created specifically for the so-called Apple ecosystem. In other words, if you have multiple Apple products, there are benefits to getting an Apple Watch.

Our smartwatch buying guide breaks down everything you should consider while shopping, but to help you narrow your options, here are the key Apple Watch vs. Garmin differences.

There’s a big pretty significant contrast between the selection of Garmin watches and different Apple Watch models. The Apple Watch 7 ($399), Apple Watch SE ($279) and Apple Watch 3 ($199) are the only options you can buy new. They vary slightly in terms of design and features, but all come in two size options, with GPS, Apple Pay, fitness tracking and the ability to answer calls or texts from your wrist.

Also, if you know how to trade in your Apple Watch or use one of the best Apple Watch deals, you can often get an Apple Watch for less.

When it comes to shopping for a Garmin watch, you’ll have more devices to choose from. The standard smartwatch is the Garmin Venu series, or more specifically the Garmin Venu 2 Plus ($449). The Forerunner series, like the Garmin Forerunner 245 ($299), is more of a runner’s watch with on-board music storage and dedicated training tools. Meanwhile the Fenix series — most recently adding the Garmin Fenix 7 ($699) — is considered the ultimate multi-sport watch with weeks of battery life and impressive durability.

Finally there are some lifestyle Garmin watches without GPS, like the Garmin Lily ($199) made for smaller wrists and the Garmin Vivomove Sport ($179). As you see, these are some of the least expensive options.

Even with the best Garmin deals, prices for Garmin watches range greatly depending on features, plus there’s always a premium for versions with solar charging. Garmin doesn’t impose a price difference between sizes of the same watch like Apple does, though. Some Garmin watches come in an ‘s’ model, meaning smaller.

The Apple Watch design is a recognizable squircle with a color touchscreen display, digital crown and side button. It looks like a miniature computer flat against your wrist. The only visible difference between the best Apple Watch models is a slightly different screen and bezel thickness.

All Apple Watch options come in multiple metal and color finishes, as well as compatibility with all the best Apple Watch bands to customize your look. You can buy bands directly from Apple or from third-party retailers such as Amazon.

Garmin watches also often come in a variety of colors, though not all have interchangeable straps. You’ll also see that all Garmin watches are circular, with the exception of the Garmin Venu Sq.

The standard Venu looks most like the Samsung Galaxy Watch 4 or a traditional touchscreen smartwatch at its price point. The Garmin Forerunner 945 ($599) and Fenix 7 have more obvious embellishments and elevated bezels, in addition to bright displays.

Some of Garmin’s rugged models like the Instinct look more like a G-Shock and have impressive durability certificates, while the quaint Garmin Lily could pass as a piece of jewelry. Some watches are also button control-only and don’t have color displays. It varies greatly from smartwatch-to-smartwatch — again, you have lots of options to consider.

Both the Apple Watch and Garmin watches offer plenty of fitness and health features. All versions of these wearables can monitor your heart rate, steps and calories burned; they can also track a wide variety of workouts and sleep.

Beyond those baseline metrics, you’ll want to review the specs of whichever device you buy. For one, every Apple Watch has GPS on-board, but not every Garmin does. We know — weird for a GPS company, but the more affordable watches skip on independent location tracking.

Garmin watches for running and other outdoor sports get GPS, plus some have run-specific training features to help you if you’re figuring out how to train for a marathon or just want to know how to run faster.

But Garmin does have some other perks you won’t find in Apple’s health tracking suite. For example, most Garmin watches can monitor stress and read your body battery, giving you a sense for how ready (or not) you are to work out. Newer Garmin watches also have a one-stop Health Snapchat app, which logs a two-minute window of key health stats, showing you multiple important metrics on a single screen.

Unlike Apple Watch vs. Fitbit, Garmin doesn’t have a comparable service to Apple Fitness Plus. Apple’s $9.99/month on-demand workout class platform integrates deeply with the Apple Watch, encouraging users to close their Apple Watch rings. While Garmin is compatible with some third-party workout app memberships, the sole paid service adjacent to sports is a $9.99/month golf subscription that’s not really designed for the company’s wearables.

If you want your wearable to do more than monitor your health, you’ll want to know the difference between Apple Watch vs. Garmin smartwatch features.

No Garmin watches have native support for a voice assistant like the best Fitbit watches, but the Venu 2 Plus does borrow your smartphone’s voice assistant so you can initiate certain commands from your wrist. Also, the Apple Watch is not compatible with Android smartphones. Garmin plays equally nice with both iOS and Android phones.

If you’re interested in a smartwatch with LTE connectivity, both brands provide options but the features differ. Garmin watches with LTE don’t pair with your wireless provider, so you can’t send texts when your phone is out of reach. Instead, a $5.99/month LTE plan ensures you can get in touch with your emergency contacts and emergency services if needed. LTE-connected Garmin watches can help someone find you if you’re lost or need assistance, say, when you’re out hiking.

It’s almost unfair to compare Apple Watch and Garmin watch battery lives. The Apple Watch lasts about a day on a single charge. Garmin watches last much longer, ranging from a week to several weeks depending on display settings, fitness tracking and more. Models designed for running or outdoor sports get anywhere from 7 hours to multiple days while using GPS too.

And that’s before considering battery-optimization modes and the Garmin watches with solar charging. One reason Garmin is the best sports watch brand overall is that some watches come in Solar versions that extend the device’s battery life when you spend time outside. Though Solar models cost more, it could be worth it if you live the al fresco lifestyle.

Apple Watch vs. Garmin: Which should you buy?

Garmin has all the options you could ask for. There’s a watch for almost every budget, style and battery life need, plus Garmin’s native health and sleep tracking is highly comprehensive. If you consider yourself a sport enthusiast of any kind, there’s probably a Garmin watch made to benefit your training.

But the Apple Watch is easier to shop for, since the three models currently available all offer key features like GPS, the watchOS app store and fitness tracking. The Apple Watch also gives iPhone users the option to leave their handset behind with a cellular option.

Of course, if you have an Android phone you’ll want a Garmin, but be sure to review the specs before buying. Not all Garmin watches are made the same. 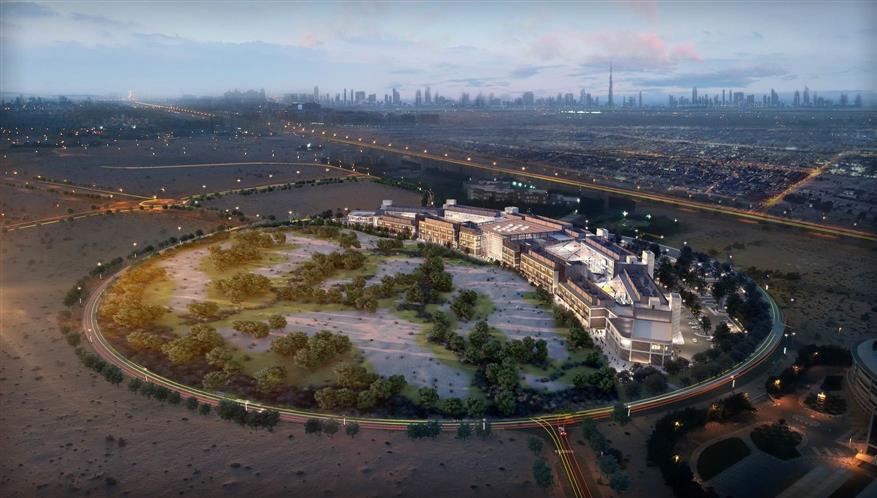